My first attempt at gardening

August 15, 2008
Now that I've tried my hand at gardening it's time to make some observations. I did a mix of square foot gardening and conventional gardening. I built four 4x4 planters for my square foot garden and I tilled up another section of my yard to grow some tomatoes. I also grew a few things in pots to see how they would turn out. I grew some of my plants from seed and I bought a few plants that were already started. Some of them did very well and some of them didn't. Maybe some of you with lots of experience can weigh in and correct some of my mistakes.

I planted a wide variety of plants in my square foot garden. In my planters I made sure to fill them all up with "Mel's Mix" as defined in his book. The first thing that I noticed is the only benefit that I got from dividing the boxes into square foot sections was that my dog stayed out of the three boxes that I divided up and he dug up 3/4 of the one that I didn't bother with. I don't need little white lines to be able to figure out where I should be planting my plants. Obviously, my dog needs them to know which boxes he needs to stay the hell out of, though. Also, some plants do well in square foot gardens and some don't. Next year I'll be changing a few things to maximize my harvest.

I planted a tomato plant in every planter to begin with. After I noticed that a couple of them weren't doing too hot I moved them over to my tomato patch. One never got very big and the other one got bigger than all of my other plants but has yet to produce any tomatoes. I also had a tomato plant growing in a pot but it didn't seem to be doing so well so I also moved that over to my tomato patch. It's got a few tomatoes growing on it now but it's still not doing that hot. All of the tomatoes that I transplanted to my tomato patch were heirloom varieties. In my tomato patch I also planted six hybrid, celebrity tomato plants that I bought from Wal-Mart for $1.50. They have a ton of tomatoes hanging off of them but they're all green. I've only pulled one nice, red tomato off of them so far. It's cooling off now and it's been raining a lot more often so I'm hoping that they'll start to produce before the first frost. My best producer so far has been a patio tomato plant that I grew in a pot. I've pulled off at least 6 beautiful tomatoes from it and it's still got a dozen more on it with even more popping up every day. Another good producer has been my heirloom yellow pear tomato plant. That thing is HUGE! Unfortunately, the tomatoes that it produces aren't and they're not much good for anything besides salads or sandwiches. I've also got a yellow tomato plant that's not producing much and a roma plant that has a serious case of end blossom rot. Next year only the yellow pear tomatoes are going in the square foot garden. The rest are going in the tomato patch.

I also planted several beans and peas. Every one of the peas sprouted nicely and they all came up uniformly but all of the plants died once they got to be about six inches tall. Out of all eight of my beans that I planted (blue lake) I had three plants come up. One died almost immediately, another one is still in the process of dying and the other is big, beautiful and green but it's not producing crap. Next year I'm not sure if I should try them again in the SFG and maybe water more often or try them in the conventional garden on the other side of the yard.

My radishes did awesome in the SFG. Next year I'll be planting a lot more of them. I also planted some carrots but, while they seem to be growing, they're growing slowly and they're not actually producing any carrots. I'll probably plant my carrots in the conventional garden next year and just plant a bunch of radishes in the SFG.

I planted a lot of cucumbers. My pickling cucumbers that I grew from seed are producing very nicely even though they're the smallest ones that I've got. I also have some lemon cucumbers that are doing pretty well. More and more keep popping up every day. My armenian cucumber plant is the biggest cucumber plant that I have. It's just flowering, though, and not producing any fruit. Next year I'll be growing a lot more pickles.

I grew a lot of peppers. I bought most of them already started, though, because the ones that I started myself weren't doing too hot. They sprouted nicely but they just didn't want to continue to grow on my kitchen window sill. The bells did horribly in the square foot garden but the smaller ones just keep producing. Next year I'll keep the smaller ones in the SFG and the bells in the conventional garden.

My lettuce did horribly in the SFG. It just keeps on growing but it won't produce a head like it's supposed to. I just get a stem with some leaves on it. I did some mesculin mix plants, which are just big, leafy plants, and they did great, though. I'll stick to those and leave the plants that are actually supposed to produce heads for the conventional garden.

I also tried some more unconventional stuff. I planted some basil in some plastic bowls and it was doing great until the wind knocked it over. I replanted and it's starting to come back now. I also planted some tomatoes in upside down milk jugs with one plant on top and the other coming out the spout. They did horribly. There just isn't enough soil in those milk jugs to keep a full sized tomato plant happy.

Next year I'll be expanding the conventional plot and adding different vegetables to it. I'll try to stick to the stuff that I know works in the SFG. I'm also going to experiment with growing hybrid varieties from seed and using more containers. I've also got some seed that I saved from store bought plants just because I want to see if they'll produce.

Patricia said…
good for you! Gardening for food is a great project, even when it doesn't work out you've learned something. Onwards is the only direction...
August 16, 2008 at 5:18 AM

Anonymous said…
Observations:few things about Tomatoes plant them together since most require the same amount of watering. They love sun and warm ground so mulch , you can even put down black plastic and run the water underneath.Once they have a decent size plant don't over water wean them off the water to produce the flower buds that in turn produce the tomatoes.Also they don't like wind.If you start them when the ground is too cold, that stunts them.You can put black painted milk jugs full of water to heat up in the day and keep em warm at night. Good Luck!
August 16, 2008 at 9:06 AM

Anonymous said…
you most likely bought leaf lettuceit will not make a head,us country folk raise it. we chop the leaf lettuce and green onions in a bowl and pour hot bacon grease over it for a dish called onions and lettuce. it is great to get your lard level up lol
August 16, 2008 at 9:31 PM

The Urban Survivalist said…
Bibb lettuce is supposed to make heads. I expected the spring mix to just be leaves but I'm really dissapointed in the bibb. Next year I'll probably stick to stuff like mizuna, tatstoi and maybe some romaine in the square foot garden. I'll plant see if the head lettuces do better in the regular garden.
August 16, 2008 at 11:28 PM

Anonymous said…
Making the perfect growing soil takes a few years. It seems every year my garden gets better, the trick is to add compost.

Don't overlook fall gardening. Depending on your zone if you like onions and garlic now is the time to be planting them. They do well in the loose soil of raised beds
September 12, 2008 at 11:14 PM

March 22, 2012
"Where there's discomfort there's fear. In these very tough positions you're in a little piece of hell. And through this daily suffering, you learn to survive in these situations. You have to find comfort in uncomfortable situations. You have to be able to live in your worst nightmare. Jiu-jitsu puts you completely in the moment where you must have complete focus on finding a solution to the problem. This trains the mind to build that focus, to increase your awareness, your capacity to solve problems. Sometimes, you don't have to win. You cannot win. But that has nothing to do with losing." -Rickson Gracie This is why I continue to train jiu-jitsu. At a good school you'll do a lot of live grappling (we call it rolling). You get choked out, arm barred, leg locked and put into plenty of other uncomfortable situations all the time till you get used to them. Then you start learning how to defend. Then you find yourself submitting people. Then a
Read more

Denver Self Reliance Expo was a hit

September 17, 2011
So this weekend the Denver Self Reliance Expo was held at the Denver Western Stock Show Complex. It surpassed all of my expectations. Granted I didn't expect much. I'm not even sure what I expected, exactly. Regardless, at the end of the day I was impressed by everything. Everyone was very professional, friendly and willing to make a deal. I managed to pick up some needed preps at a good price, I met some great people in the prepper community, I got some great ideas for future posts and I even landed a couple of sponsors. I will welcome them all within the next few days in dedicated posts. The majority of the booths consisted of storage food. "Survival buckets" were the most popular item for sale by far. You've probably seen them before. They generally consist of several packages of individual, freeze dried entrees sealed in mylar, packaged in lightweight, space saving buckets. There were also a lot of vendors selling #10 cans of everything from free
Read more 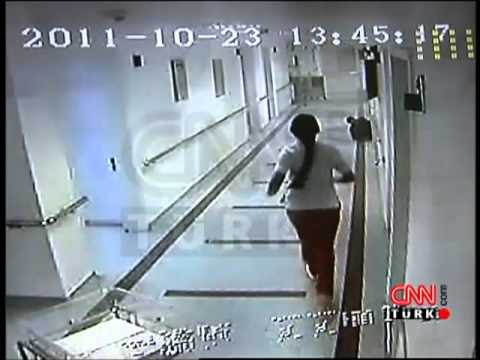 Today I've got a guest post for you all. If you've got an idea for a guest post you can shoot me an email at artyboy at gmail dot com. If I like it then I'll post it up. Just make sure that it's original content and not something that's been posted on a million other blogs all over the internet please. Anyway, on to the post. About the Author: This article was written by 2MCCTV Surveillance , international supplier of surveillance cameras and complete systems . They offer complete security solutions for home and small to enterprise-level businesses. 1-877-926-2288 The past decade has been filled with natural disasters. These recent disasters have had drastic consequences on the environment and the people affected. Tsunamis and earthquakes destroyed homes and displaced millions. What are your plans for a natural disaster; do you know what to do? There are thousands of recorded videos on the internet depicting the tragedies. Here we’ve compiled 10 natural
Read more