Showing posts from June, 2011
Show all

My Country My Ass - the mp3 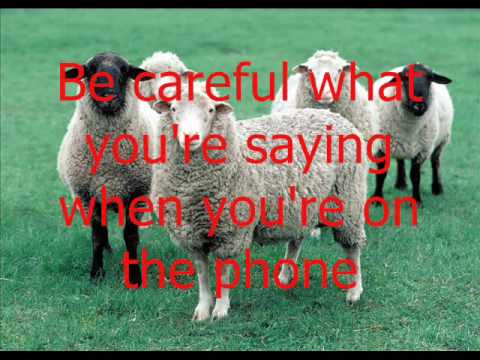 Here's a pretty good song I heard on a local radio show. There should be a "clean" version and an "x-rated" version which isn't that bad imo. He says the f word...once. Oh my. The production value isn't phenomenal but the content makes up for it in my opinion. Anyway, check it out if you've got a second. Here's a crappy youtube video: You can also download it here. My Country My Ass | Peter Boyles - TalkRadio 630 K-HOW#article_comments
Post a Comment
Read more

"Terrorist attack" on my turf

June 25, 2011
Some "bombs" went off at a local mall today. My wife was actually in the mall. She's fine and wasn't in any danger. Apparently, a couple of knuckle heads went into Borders and set off a couple of worthless, homemade explosives. It was taken very seriously and the bomb squad, the FBI and homeland security all showed up. You can read the sad attempt at a full story here. Here's the statement from the FBI: "The two small crude devices partially functioned in a nominal manner causing no damage to the Mall and only minimal damage to a small area of the interior of the Borders Bookstore." Who knows where this story will go. I'll be watching next week. I'm sure that it will catch a few headlines. It might even get a lot of attention. I wouldn't be surprised if it just gets swept under the rug, though. No one got hurt. Damage was minimal. Should the msm make a big deal about it when someone lights a firecracker? The initial shock v
3 comments
Read more

June 17, 2011
I've been playing with TVP quite a bit lately. I've found it to be very versatile and one of the cheapest shelf stable alternatives to meat out there. You can buy #10 cans of freeze dried ground beef for $60 a can (if you can actually find someone who isn't backordered by 3 months) or you can get TVP for a fraction of that and not have to worry about getting put on a waiting list. Before you go all out and buy a 10 year supply on Amazon I encourage you to find a store in your area that sells the 10 oz bags of Bob's Red Mill just so that you can try it out. You may not like it. Anyway, onto the recipes. Red Chili: 1 cup TVP 1 15 oz can diced tomatoes 1 15 oz can tomato sauce 1 15 oz can pinto beans 2 tbsp dried onions 2 tbsp chili powder 1 tbsp red chili flakes 1 tbsp garlic powder 1 tsp cumin 1 tsp oregano This is a pretty basic chili recipe. Just dump everything into a pot, bring it to a boil then let it simmer for a couple of hours. You can tweak
2 comments
Read more

June 13, 2011
If you've done much research on any of the long term, freeze dried, canned storage foods besides Mountain House that are being heavily marketed then you probably already know what TVP is. Otherwise, you'd have to be a pretty hard core health nut/vegan to know what it is. For those of you who don't know what it is it's a high protein meat substitute made from soybeans. Soybean oil is separated from the soybean flour. Then the soybean flour is superheated and shot through a nozzle to create the desired size "nugget". When the "nuggets" cool they're completely dry, can store for years and, by adding some boiling water, you have a product that's the equivalent of ground beef. Is it a replacement for real meat? I don't think so. Is it a viable alternative when real meat isn't available? Yes it is. Like I mentioned before, if you're buying a long term, canned storage food solution that isn't produced by Mountain House t
5 comments
Read more

Bank of America Gets Pad Locked After Homeowner Forecloses On It

June 05, 2011
Bank of America Gets Pad Locked After Homeowner Forecloses On It We need to see more of this. Go ahead big banks.... Keep trying to sweep people under the rug.
1 comment
Read more
More posts